You are here: Home / Library / Werebears Of Big Bend: The Complete Series Collection 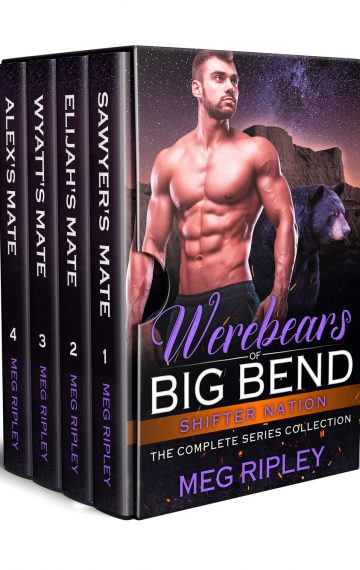 Everything’s bigger in Texas, especially the shifter secrets of Big Bend.
But when fate steps in, these sexy, rugged bears will claim their mates—come hell or high water.

While fighting a fire blazing out of control in Big Bend, I saw her through the flames and knew my life would never be the same.

Try as I might, there was no denying my bear what he knew was his.

We both gave in to what our inner beasts craved so badly, and I reckoned she’d be mine forever.

But just like that, she vanished without a trace.

And I’ve got a feeling the coyotes of Los Aulladores are to blame.

Looks like I’ll be taking matters into my own hands.

Mark my words, Valentina will be mine.