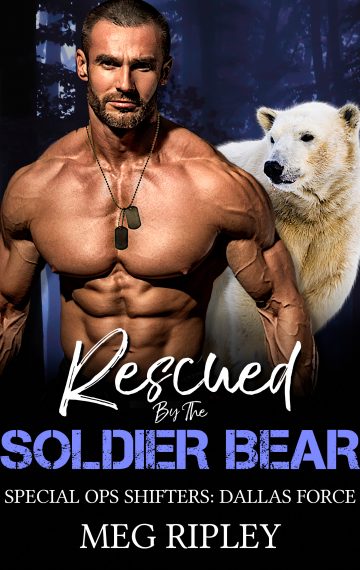 A Special Ops veteran polar bear.
An imprisoned Antarctic dragoness.
They’ve resigned to the fact that they’ll never find their mates.
But fate steps in when they least expect it.

After retiring from the Delta Force, Ash is more than ready to settle down. He’s got his eye on a ranch in Alaska, where he’ll have the freedom to unleash his pent-up polar bear at will. But his inner beast knows his life up north will be a lonely one without a mate. When Ash is cryptically contacted by the Special Ops Shifter Force about enlisting in their new Dallas unit, curiosity gets the best of him and he rethinks his plans.

Being deployed on a covert mission to Antarctica wasn’t something Ash expected. Neither was finding a dragoness who captivated his bear the moment they met.

It’s not easy being a dragon shifter in a world of mortals, so Lane and her flight relocated to the tranquility of Antarctica years ago. The geothermal vents of the caverns they live in are cozy and peaceful, but as one of the few dragons in existence, Lane wonders if she’ll ever meet her fated in a place so remote.

That serenity is shattered when the military infiltrates, quickly turning their home into a prison for experimentation. But little does she know the rebel who claims he’s come to help might also rescue her heart.

Can she trust her so-called savior, or does this spell the end for Lane and her clan?