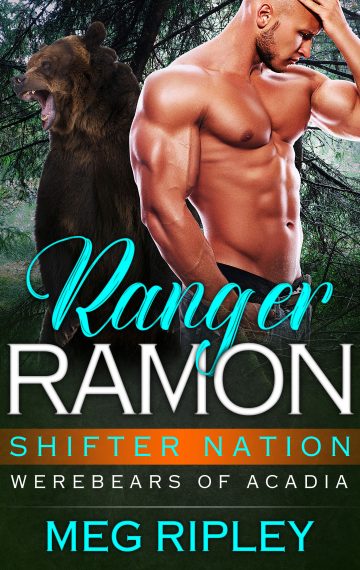 After apprehending a rogue bear who’d committed three brutal murders on our territory, things could finally start to settle down at Acadia National Park. Or so my clan thought.

We knew the rogue had been infected with a virus that triggered his rabid behavior–and unsettling symptoms–before he finally met his demise. But when I was charged with performing his autopsy, I didn’t realize I’d be getting schooled about his illness first hand.

That night, the guys and I decided to head to the local dive bar to blow off some steam. Little did I know I’d be meeting Min, a smoking hot entomologist who worked for the CDC. As the park’s biologist, she was my perfect match; from the moment we met, there was no denying the fire that blazed between us.

The more time we spent together, the more I knew I had to claim her as mine. But what was she doing in Acadia in the first place? I would have asked if I was able to keep the thought in my mind for more than a second. My head was pounding, and suddenly, I wasn’t feeling like myself at all.

Could this dark-haired beauty be the one responsible for sabotaging our clan? Or will she prove to be our greatest ally?

***This is the third installment of the Shifter Nation: Werebears Of Acadia series. Each story is a standalone and may be read in any order. Also available:

Ranger Ramon is a standalone 29,000 word novella with steamy shifter scenes written for readers age 18 and over. The Kindle edition features additional bonuses for your reading pleasure.