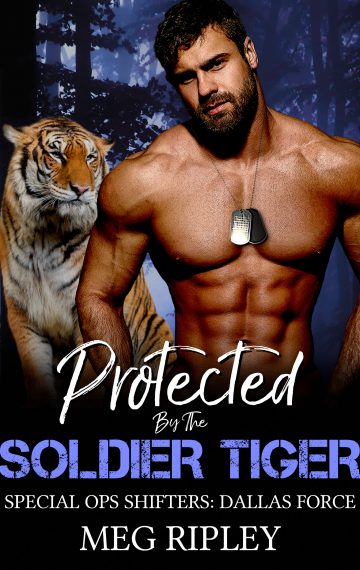 There’s been a shifter murder, and I’ve been assigned as the key witness’s bodyguard.
But that witness just so happens to be my ex-fiancée.

Sabrina is my mate—or at least she was until I took off, leaving her with nothing but her wedding dress and a broken heart.

Her future as a surgeon was bright.

But being in the Army really messed with my head, and I knew I’d only get in her way.

I would’ve rather seen her hate me than be responsible for crushing her dreams.

But the tiger within me knows that when I left her, I made the biggest mistake of my life.

Now I’m being deployed on a mission to protect the prime witness of a shifter murder trial.

But all the training in the world couldn’t prepare me for this.

Just my luck, that witness is Sabrina.

It takes every ounce of willpower to keep my tiger’s demands in check, and he knows fate has brought us back together for a reason.

But after everything I’ve put her through, will Sabrina give me a second chance?

Either way, she’s in danger.

And the big cat inside me won’t rest until she’s safe.