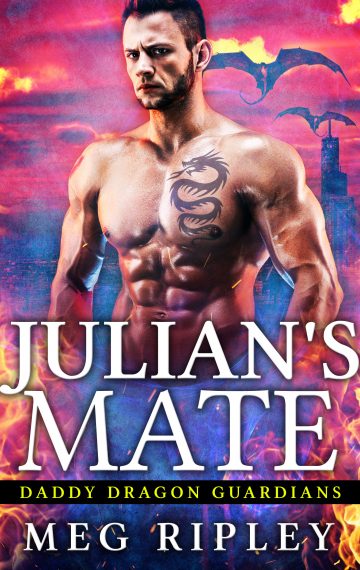 Julian knows it’s his responsibility to find a mate. After all, he’s the guardian of a toddler dragon, and she deserves to have a mother figure in her life. But while his fellow dragons from Charok have been able to find their fated partners in this strange new world, Julian knows his is nowhere on Earth.

With the help of a rogue wizard, Naomi had secretly left Charok years prior when she became so ill, the energies of the planet would no longer sustain her failing dragon form. She’d always miss her ancestral home, but the wizard promised her transition would not only save her life, but that of several others as well.

Little did she know the same wizard would also be helping a few other dragons escape during the War of Storms, and years later on Earth, she’s shocked to find Julian, the shifter she knew as her one true mate back on Charok.

Reuniting with Julian is like a dream come true, until the couple discovers a powerful demon has slipped into the living realm on Earth along with Naomi. When they discover exactly what this evil being is capable of, will these two fated souls be pulled apart once and for all?