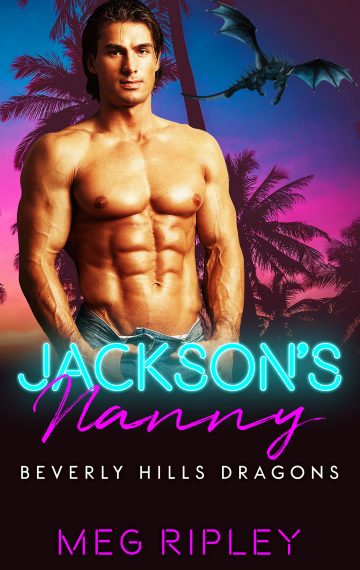 Jackson Casey’s nightclubs are exactly the kind of places Hollywood’s A-listers flock to. His newest club, Indulgence, is no different, quickly becoming the most exclusive place to be seen in L.A. Life is fabulous for this dragon shifter—until his wife decides to follow her spirit guides, abandoning him and their two children. Desperate for help, he begins to search for a nanny. Finding one who can handle his spoiled dragonlings and his own stubborn ways will be a challenge. But not as challenging as keeping his inner dragon in check around the fiery Irish governess who soon moves into his home.

Cathy Brennan is beginning to notice just how dreary life in her little Irish hometown is after her best friend, Brianna, moves to glitzy Beverly Hills. So when Brianna calls, saying she knows a shifter in need of a nanny right away, she jumps at the chance. At first, every day proves to be a struggle with her new job, but Cathy is determined to turn the household around. Having eye candy like Jackson under the same roof certainly helps, but the enticing dragon couldn’t ever be anything more than her boss. Or could he?

Soon, their undeniable attraction causes lines to become blurred, but just before they surrender to fate, a fierce rival of Jackson’s decides he’ll stop at nothing to shut down his elite clubs, pushing Cathy and the children into the crossfire of their longstanding dragon feud.

Will Jackson’s heart be torn apart yet again? And will he put everything on the line to prove Cathy is far more to him than just the hired help?