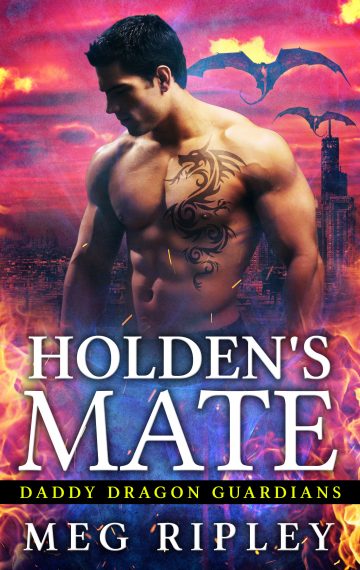 They were drawn to one another by an attraction that neither could comprehend. Nor resist.

Holden has come to Earth as one of the last of his kind. Dedicated to raising one of the dragon babies left behind by his slain queen, he must acclimate to this strange new planet in order to succeed. Humans prove to be odd creatures, but one blue-eyed beauty compels him in ways he’s never experienced. Their paths cross often, and he can barely keep his inner dragon in check when she’s nearby. The fierce need to protect her completely takes over, and he knows he must have her.

After a year of separation, Leah’s divorce from her cheating ex is final. She’s relieved, but finds the stress of everything has compromised her psychic abilities, which she relies on to keep a roof over her head. She knows she just needs time, and pushing forward with her new life as a single woman sounds like the perfect solution. But when she keeps running into the same mysterious, gorgeous stranger, Leah’s plan to write off men proves to be harder than she thought.

Will Leah’s fear of being hurt again and Holden’s unfathomable secret keep them apart? Or will fate find a way to bring these two together as they’re destined to be?

Holden’s Mate is a 30,000 word novella with steamy shifter scenes intended for readers 18+.

Check out a sample of the audiobook, narrated by Elle Sonali: