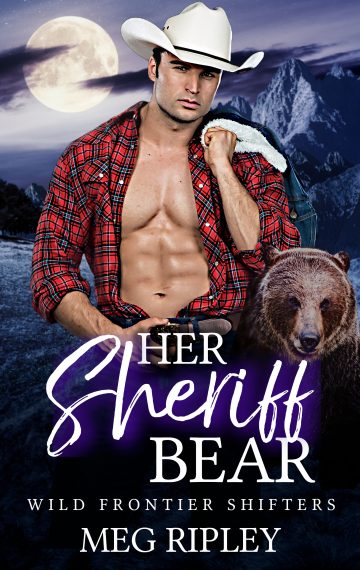 A grizzly who’s in over his head.
A she-wolf with a troubled past.
And the secret that could end their future before it begins.

Levi
Between my duties as sheriff and Alpha, being a single dad is tougher than ever.
My son Owen deserves better, so something needs to change.
I turned to an app and found a single mom in the same predicament, looking to team up.
But little did I know I’d also found my mate.
My grizzly is roaring to claim her, but her story seems a bit off.
She and her son blazed into town with little more than the clothes on their backs.
I sense she’s in real trouble, but nothing will stop me from keeping her safe.
Because that she-wolf is mine.

Cassidy
My son Cody and I have been on the run from our pack for too long.
I even changed my identity to throw them off our trail.
So the chance to move in with a sheriff and take cover for a while was too good to pass up.
Our arrangement was meant to be temporary.
But the moment my eyes met Levi’s, my inner wolf knew he’d be mine forever.
As long as I can keep my little secret.
Because if the truth is brought to light, everything could be ruined in an instant.