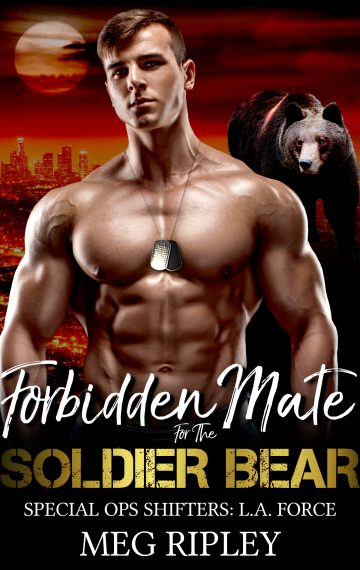 Buy On Amazon Or Read With Kindle UnlimitedBuy The Paperback Here

She’s my best friend’s sister.
Wanting her is wrong.
But someone should tell that to my bear.

My life hasn’t exactly been easy.
As an orphan, I was raised by another clan, never knowing my true parents.
Then, I was deployed all over the world, fighting tooth and claw with the Special Forces.
You’d think fate would’ve cut me a break when it came to finding my mate.
But just my luck, she’s strictly off limits.
Annie is my best friend’s sister.
Not only would claiming her break bro code, her Alpha bloodline won’t allow it.
I haven’t seen her tight little body in years, which is probably for the best.
My inner bear can only be restrained for so long.
But when Annie calls me out of the blue, my plan goes to hell.
Her brother is missing, and she needs my help.
I don’t know how I’ll keep my bear in check being so close to her.
But she’s walking into dangerous territory, and I’ll be damned if anyone touches her.
Because no matter what, Annie’s mine.