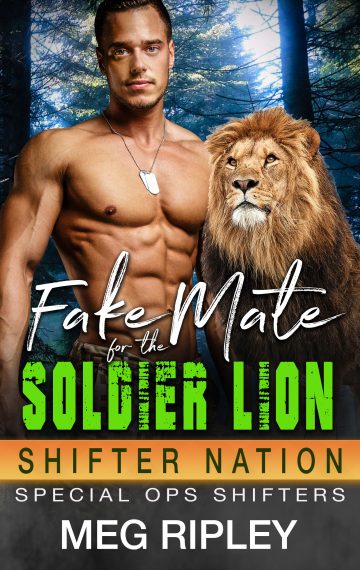 Hudson Taylor knows there’s something missing from his life: a mate. But between his tactical missions with the Special Ops Shifter Force and running his communications company, this veteran can only ignore the roar of his inner lion. Until the day a sassy, iron-willed lioness shows up at the Force’s secret headquarters unannounced.

Leona Kirk was living her dream as a Green Beret, but when an IED injured her overseas, her military career was over in an instant. She’s restless and won’t be happy until she lands a job that will give her the same satisfaction she had in the service. As soon as she hears about the SOS Force, she knows what her new dream is. But that dream evaporates into thin air the moment she locks eyes with Hudson.

Although they weren’t hiring, the Force’s Alpha reluctantly agrees to let Leona head out on a test mission—where she and Hudson will be posing as mates. The only problem? Each immediately recognizes the other as their one true match. And dating within the Force is strictly forbidden.

Will honor and duty keep these big cats from realizing what’s written in the stars for them?