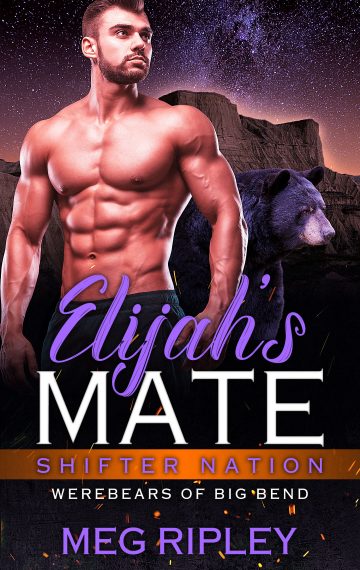 Elijah
While fighting a fire blazing out of control in Big Bend, I saw Valentina and knew my life would never be the same. Try as I might, there was no denying my bear what he knew was his.

We both gave in to what our animal sides craved so badly, and I reckoned she’d be mine forever. But just like that, she vanished without a trace.

And I’ve got a feeling the local coyotes are to blame.

Looks like I’ll be taking matters into my own hands. Because, come hell or high water, Valentina will be mine.

Valentina
After losing my father, Elijah was a beacon of hope shining on the darkness that consumed my heart.

Between his slow, southern drawl and the intensity in his gaze, my inner bear roars to break free whenever he’s near.

So when Javier, the Alpha of Los Aulladores, demands I never see Elijah again, it seems impossible. But when he threatens my family, I have no choice.

Javier is the reason my father is dead. Going against the coyotes and endangering my family would make my father’s sacrifice meaningless, but I can’t stand being without Elijah.

I don’t know how just yet, but I’ll do everything it takes to be with my fated.

And vengeance will be mine.