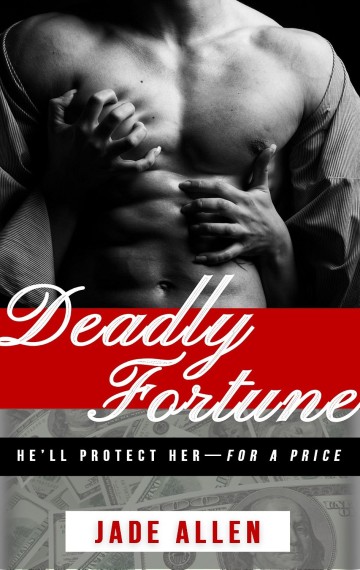 Rachel’s life has been a constant struggle. After scraping by to get through college, years of sacrifice have left her with little reward. Chained to a desk in a dead end position, she often finds herself asking, “Is this really all there is?”

Her luck suddenly changes when, one morning, she notices an anonymous transfer into her bank account for two million dollars. As she comes to grips with her sudden windfall, she finds her life threatened by an anonymous group who is hell-bent on prying her away from her newly gained fortune. A dangerously handsome stranger named Dylan mysteriously arrives just in time, claiming to be sent to protect her for reasons he won’t disclose.

Will her new irresistibly hot–but evasive–bodyguard be able to protect her, or will she end up paying the ultimate price for her new fortune?