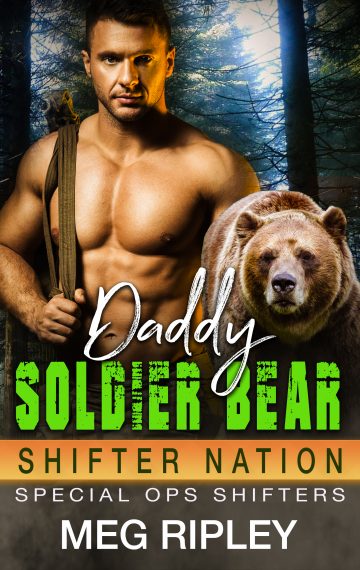 Between caring for his shifter war brothers at the VA, being a single dad, and his duties with the elite Special Ops Shifter Force, Dr. Drake Sheridan has his hands full. Being called away to covertly diffuse the most complex issues amongst clans—ones that even the shifter conclave can’t handle—can be tough, but this Special Forces Medical Sergeant is always up for the challenge. When he gets a call about an Alpha who’s supposedly been brainwashed by her three mates, Drake knows he has to step in.

Nikki’s triad of mates treats her like a queen—or so she thinks. She doesn’t see a problem in her Eureka, California bear clan, but her sister won’t stop telling her otherwise. When a newcomer named Drake shows up in town looking for a clan to join, Nikki knows he’s a good fit, but her inner bear goes berserk whenever he’s around. She’s already found her mates, so what’s going on with her bear?

As soon as he encounters Nikki, Drake’s bear craves to claim her as his. But his mate died in childbirth years ago; he still beats himself up for not being able to save her and never thought he’d love again. But the way his bear yearns for Nikki now has him thinking otherwise.

No matter what his bear wants, he’s in Eureka on a mission and won’t give up until he gets to the bottom of the mystery behind Nikki’s devious mates. He can’t let his heart get involved. Or can he?