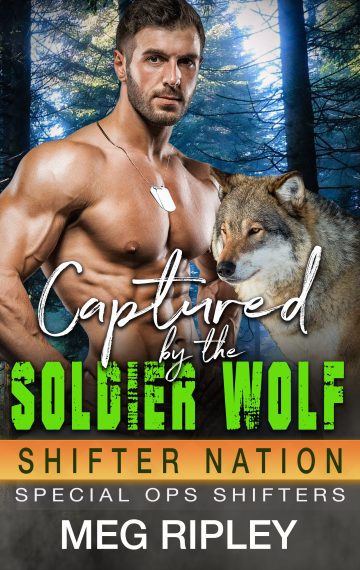 After being ousted from his pack, Special Forces Weapons Sergeant Flint Myers has found a new sense of family in his Special Ops Shifter Force brothers. But ever the lone wolf, he still has a restless feeling gnawing at him, and he’s not sure how to quell it. Soon after he’s sent on a secret mission to infiltrate a pack in the Rockies, he realizes that finding a mate might be just what he needs to finally soothe the beast within—when he meets their Alpha’s alluring sister.

Audra Larson has just returned to her home pack with her little boy after a messy divorce, hoping to piece together a new life. But when her brother asks her to keep an eye on the newcomer, Flint, to make sure he’s not a spy, Audra’s wolf discovers he’s something entirely else: her mate. The last thing she needs is another man in her life at this point, so she does her best to focus on the task at hand.

When she happens upon Flint one night deep in the forest and overhears his phone call with the Force, Flint has no choice but to take her hostage. He must keep his cover and protect the integrity of the mission, but when tensions rise between these two shifters out in the middle of the woods, will they be able to ignore the howling of their inner wolves?