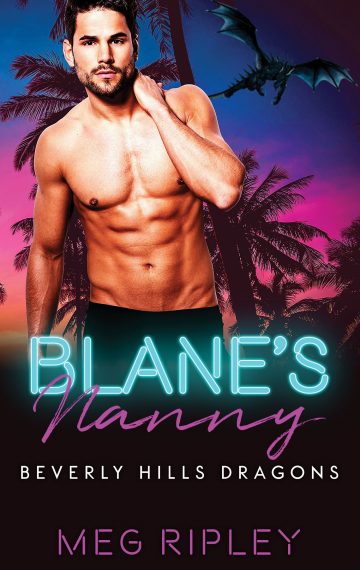 It’s a great time for talented shifters; even more so for Blane Vinson, Hollywood’s hottest actor. From fans to celebrities, everyone is vying for this dragon’s attention, and directors are clamoring for him to star in their films. It’s a busy life, but it’s one he can handle thanks to his tenacious—and fetching—personal assistant, Courtney.

Courtney, however, knows she’s not living the life she wants. Being Blane’s assistant is just a means of getting her foot in the door until she can go to back to college and become an entertainment lawyer. For now, she has to put up with her self-indulgent boss who rarely even pours himself a cup of coffee. Yet she can’t deny the way his charms make the dragon inside her stir.

But when a baby dragon is left on Blane’s doorstep—along with a note saying he’s her father—both of their lives begin to change, with Blane being blasted in the tabloids and Courtney taking on the additional role of his nanny. Both must come together to care for Amanda, but when they do, will the adorable blue-eyed child also be the catalyst that unites their hearts?