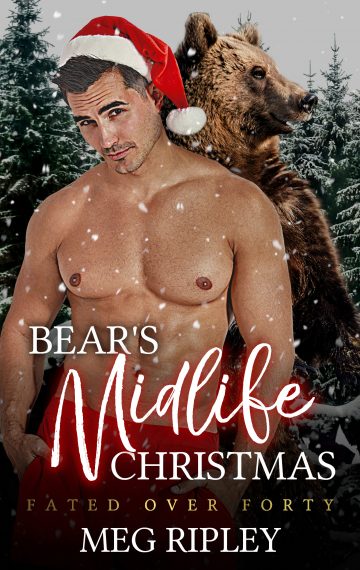 Christmas is supposed to be the season of miracles. But seeing my ‘90s high school boyfriend change into a bear isn’t the miracle I’d hoped for.

I’ve spent my life trying to create the perfect family.
Now look at me, divorced at 44 with an empty nest,
Spending my first Christmas alone.
I just inherited my aunt’s winery up in Carlton,
So at least I’ll have that to keep me busy.
But when my high school first love shows up,
Nothing can distract me from the feelings rushing back–
Until reality smacks me in the face.
Corey took off 26 years ago and broke my heart,
Leaving me no choice but to move on.
But now here he is with his same boyish charm,
Asking for a second chance.
As we go on some festive dates together,
I finally start to let my guard down with him–
Until I find out he’s been hiding a dark secret.
He’s not only capable of morphing into a bear,
He was under a feral curse for all those years.
And when a wolf from his past comes looking for revenge,
So much for a holly, jolly Christmas–
I’m now caught in the crossfire between two vicious beasts.