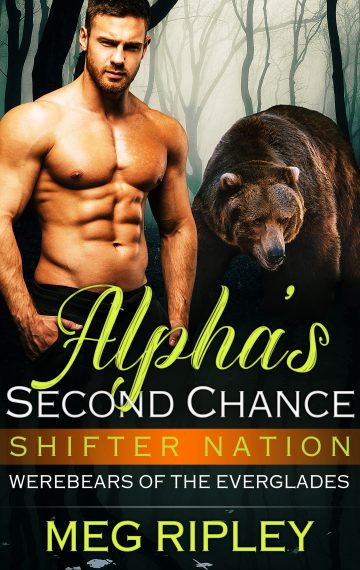 Owen thought he had his life all figured out. He was the Head Ranger of the beautiful Everglades National Park, Alpha of a loyal bear clan and alone. Since saying goodbye to Addie years ago, he’s never found love again–and he doesn’t want to. Determined to focus on his career and clan, his plan was working fine. Until she wanders into his park and back into his life.

Addie has just graduated college and is heading off to the park to celebrate by camping with friends. When she runs into her first love, all feelings of heartbreak resurface. She does her best to move on and enjoy her girls’ vacation, but struggles when she realizes she’s not over Owen after all.

Addie hopes to rekindle things with Owen, and deep down, Owen wants the same, but his secret has forced him to shut her out from his heart. How could things ever change between them if the truth stays hidden? With new forces coming against them both, will they be able to rely on each other and give their love a second chance, or are things really over for good?

Alpha’s Second Chance is a standalone 30,000 word novella with steamy shifter scenes written for readers age 18 and over.